The Small Town Center and the city of Starkville have partnered on many projects over the STC’s forty-year history.

The Small Town Center (STC) at Mississippi State University and the city of Starkville have partnered on many projects over the STC’s forty-year history.  The STC serves small towns across the whole state of Mississippi, however, the Center’s home community of Starkville provides a small town environment for the development of model projects that can then be replicated in rural communities across the state.  Below are a few recent projects we would like to highlight.

In 2021, the Small Town Center at Mississippi State University partnered with Kimley-Horn to provide community outreach for the development of the City of Starkville’s new Bicycle and Pedestrian Master Plan.

The STC worked with Mississippi State University students to develop an interactive app that allowed community members collect public input and to map existing and desired routes to bicycling and walking, as well as common destinations.

The STC ultimately collected over 500 respondents representing varying demographics who gave their input on a variety of topics relating to pedestrian and bicycle infrastructure and were asked to list common destinations, rank facility types, and specify whether they currently used existing infrastructure and why.  As part of the community engagement, residents were also given the opportunity to share their thoughts on specific facility improvements and routes.

This community input was compiled by the STC and used to develop proposed new bicycle and pedestrian routes and to prioritize infrastructure improvements in the Bicycle and Pedestrian Master Plan.

South Lafayette Street in downtown Starkville, MS has been transformed into a community destination and point of pride. What is now a Great Street used to be a little-used side street, merely providing parking for nearby Main Street visitors. Today, South Lafayette is a vibrant destination for socially distanced events, photo opportunities, and new businesses.

After recent plans to install a Main Street “streatery” were delayed, local leaders and downtown business owners sought alternative ways of increasing foot traffic to provide socially distanced public space for eating and gathering downtown.  Mayor Lynn Spruill’s vision for the improvements made to Lafayette Street not only sought to create a vibrant place downtown but was also used as a COVID recovery tool for local businesses.

In response to these needs and the Mayor’s vision, the City formed a coalition with The Greater Starkville Development Partnership, the Small Town Center (STC) at Mississippi State University, and Starkville Utilities to develop creative placemaking and design based solutions for the street.  South Lafayette Street was chosen for improvements due to its convenient location as a low traffic side street, meaning its frequent closures to vehicular traffic would not have a significant impact on traffic flow or transit. The Small Town Center developed design schemes for the street which focused on incorporating a canopy of string lights. The schemes also included opportunities for alleyway enhancements and public art.

Starkville Utilities partnered with the STC to hang 900 LED string lights across the length of the street to create a pedestrian-scaled public space.  The placement of the lights was thoughtfully designed so that it maintains a 13’-6” height above the sloping street to allow emergency vehicles clear access, yet also creates a pedestrian-scaled canopy. The lights enhance public safety and encourage people to come downtown after business hours.  Removable bollards were installed at both ends of the street to allow for vehicular traffic to be blocked off so the street can be used by only pedestrians and bicyclists or as a public space for gathering or events, much to the enjoyment of the Starkville community.  This street now doubles as a daytime parking avenue and nighttime public gathering area. The new public space is regularly activated by The Greater Starkville Development Partnership who hosts weekly programming by blocking it off to vehicular traffic every Thursday for the public recording of Dawg Talk (radio interviews with MSU Head Football Coach Mike Leach).  As COVID restrictions lift in the future, the space is expected to host a variety of evening events, such as art walks, food truck competitions, and live music.

In 2020, this street was awarded a Great Street designation by the Mississippi Chapter of the American Planning Association.  This designation recognizes streets that are host to a livable built environment and harmony with nature, foster a resilient economy and a healthy community, interweave equity, and serve as a hub for responsible regionalism and authentic participation of the community.

In 2020, the Small Town Center partnered with the Starkville Main Street Association and Hagan Walker to provide visioning and design services for an infill development for an empty corner lot located on the corner of Jackson Street and Lampkin Street.

The STC assessed future needs and wants on the vacant property, then used feedback from stakeholder meetings to develop a visioning and implementation plan for the property.  STC then conducted a site evaluation to determine possible programming for the site.  The final visioning plan included programmatic ideas for the site as well as site plans, images, and renderings of the proposed redevelopment.  Analysis of any potential ordinances that would be needed to support future site programing was also conducted.

This project showcases how the redesign and reprogramming of one vacant lot in a small town’s downtown business district can serve as a catalyst for transformative change for the surrounding businesses and buildings.

In 2020, the Small Town Center at Mississippi State University partnered with the City of Starkville to respond to the need for more outdoor seating for local businesses who were affected by COVID-19 restrictions.  The STC developed plans for a temporary Streatery which would provide outdoor seating for up to 44 local patrons in the space of nine parking spaces.

This space was geared to help provide economic recovery during the pandemic.  Created specifically as a response to COVID-19 restrictions on local businesses while providing an increased capacity for socially distanced outdoor seating, the Starkville Streatery was designed to be an outdoor cafe and shared public space adjacent to local restaurants on Main Street.

The STC designed an accompanying Streatery Toolkit geared toward small towns, keeping in mind limited budgets, locally available materials, and ease of construction based on volunteer labor. Designed for ease of use that both skilled and unskilled volunteers can implement, the toolkit provides communities with a free resource they can use to create a community-specific, attractive, quick solution that increases business and creative public spaces.

The Starkville Streatery and Small Town Streatery Toolkit were recognized by the Mississippi Chapter of the American Institute of Architects with a 2020 Design Award.

In 2018, the Small Town Center at Mississippi State University partnered with the City of Starkville and its Historic Preservation Commission, the Starkville Main Street Association, and the Greater Starkville Development Partnership to develop an Advisory Standards for the Downtown Starkville Historic District document.

The Design Standard document developed for Starkville’s growing downtown district includes design standards and recommendations for property owners in Starkville’s Downtown Historic District.  The guidelines laid out in the document serve to provide guidance for downtown property owners as they plan for the maintenance and rehabilitation of existing structures and the construction of new ones.  They also serve to encourage property owners to apply for state and federal historic-preservation tax credits.

The document also includes drawings and photographs of downtown structures which classify the architectural typographies of the existing buildings and provides guidance for historic preservation.

In 2004, the Small Town Center at Mississippi State University undertook a comprehensive study of the viability of a bus system to be located in Starkville, MS.  By investigating the nature of urban growth in Starkville throughout its history, the study addressed the transportation needs of Starkville’s future growth. The study recommended that a fixed-route bus system be implemented for not only Starkville, but MSU as well.

In 2006, a city bus system jointly operated by Starkville and MSU began service. After a period of inactivity, MDOT was able to revive financial support to the system. The current S.M.A.R.T. bus system is active in Starkville and the MSU campus.

Bike Starkville! And Walk Too!

One recommendation from the project was realized as the city’s first dedicated bike lane on University Drive became a reality soon after the study was completed.  A citizen’s action group was also formed, called Starkville In Motion.  This group obtained a $1.5 million grant to implement the STC’s proposed multipurpose path along Lynn Lane.

This project was later selected for inclusion in the National Building Museum’s Green Community Exhibit in 2009. 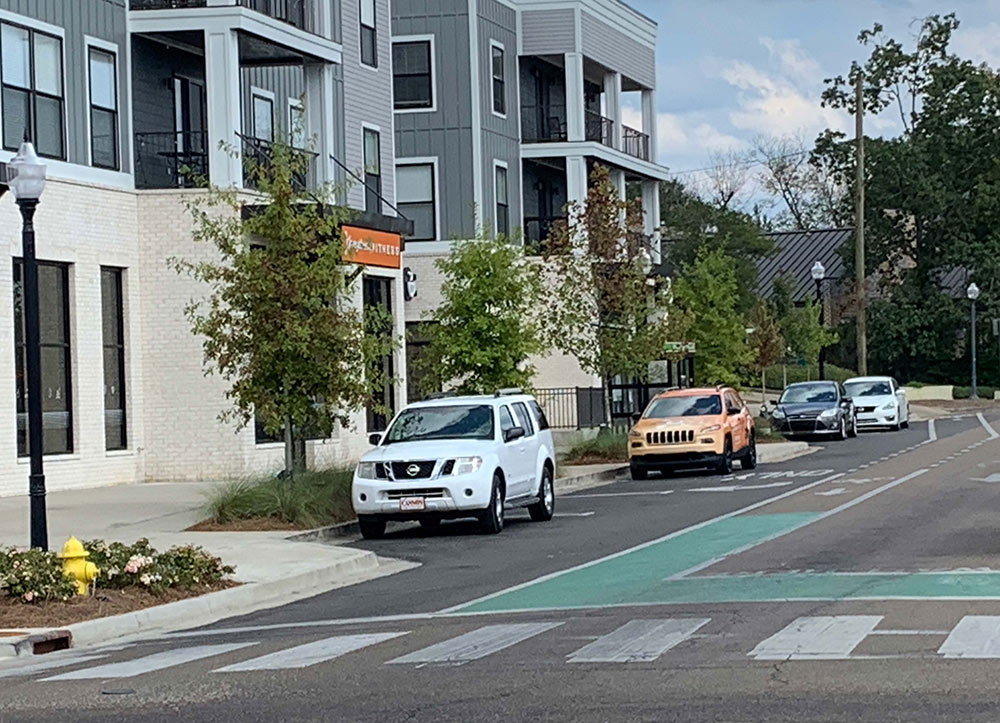 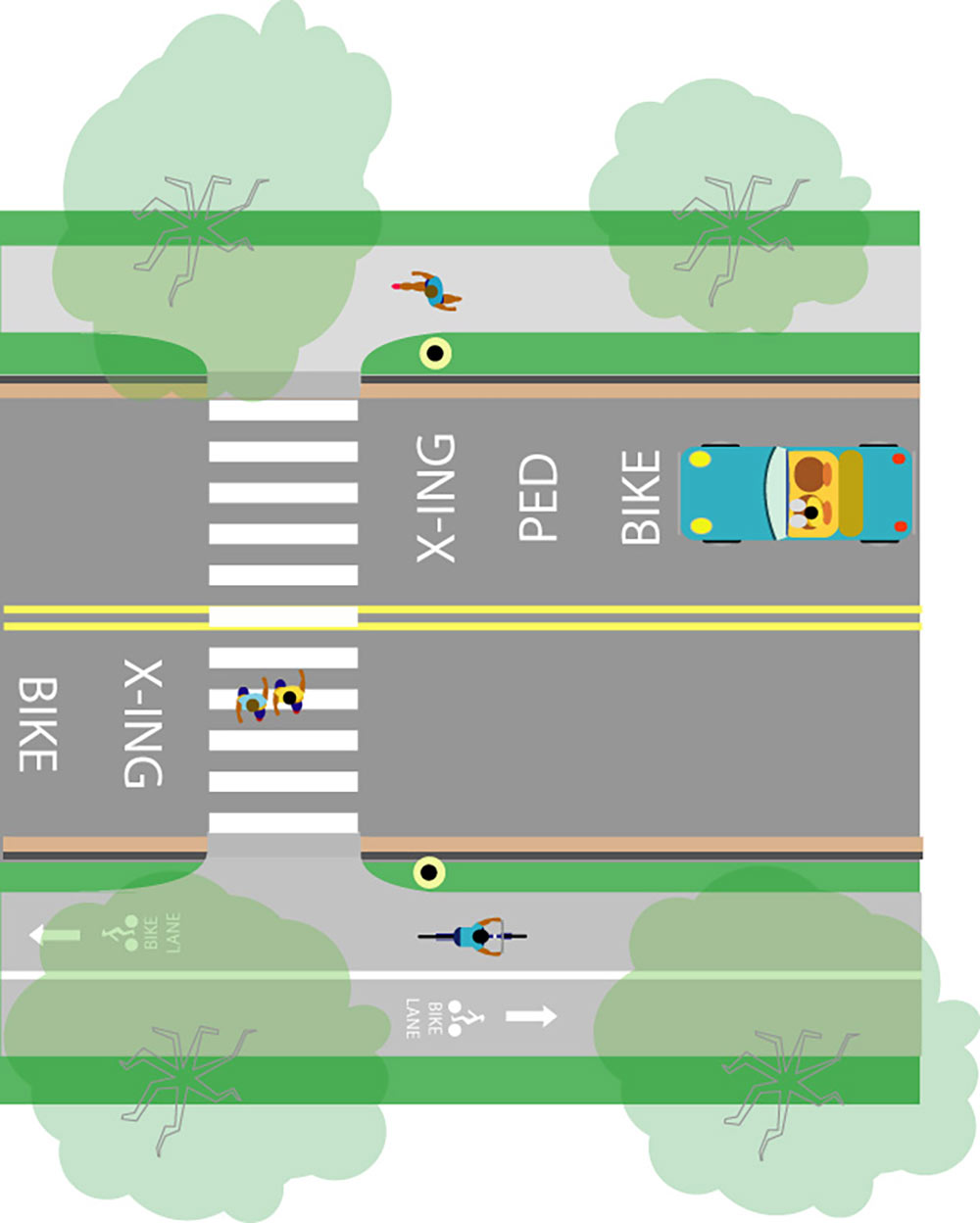 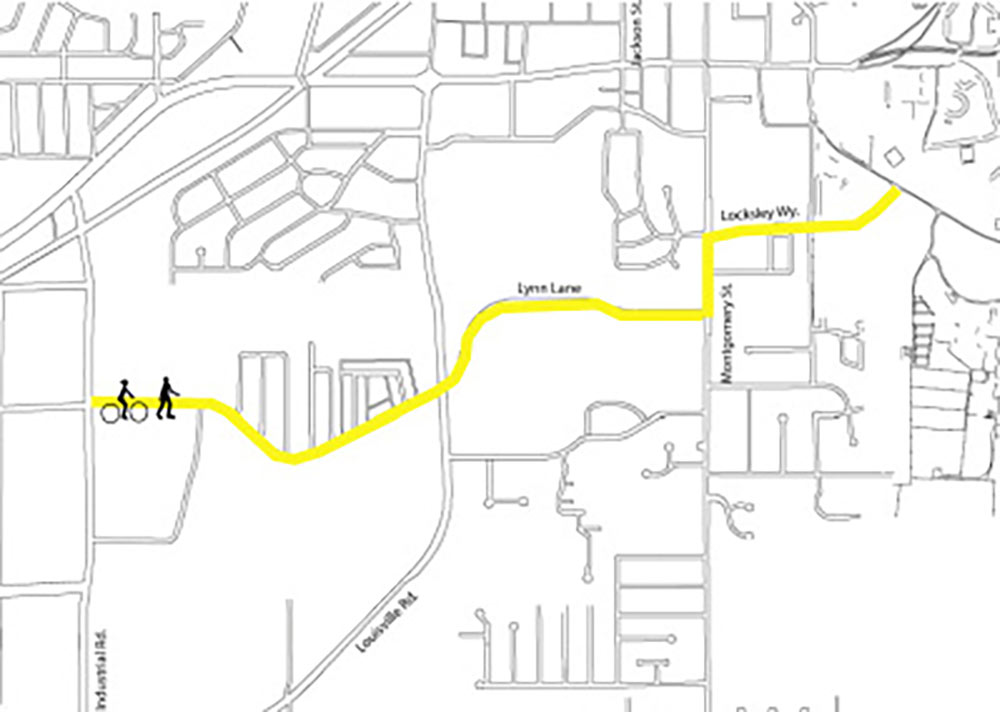 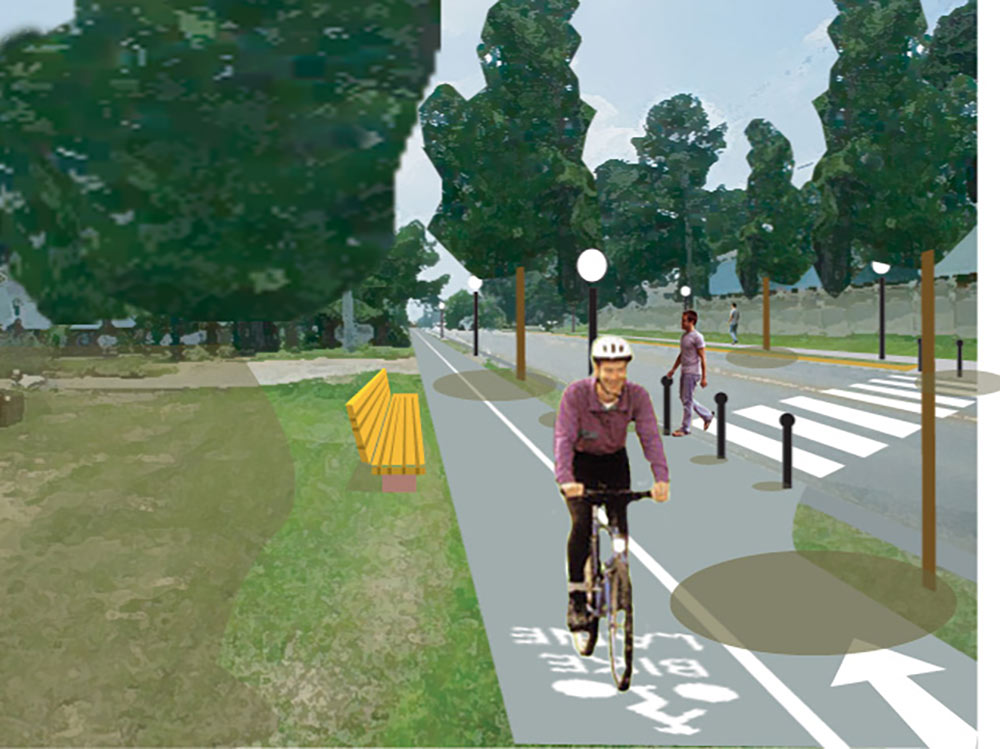 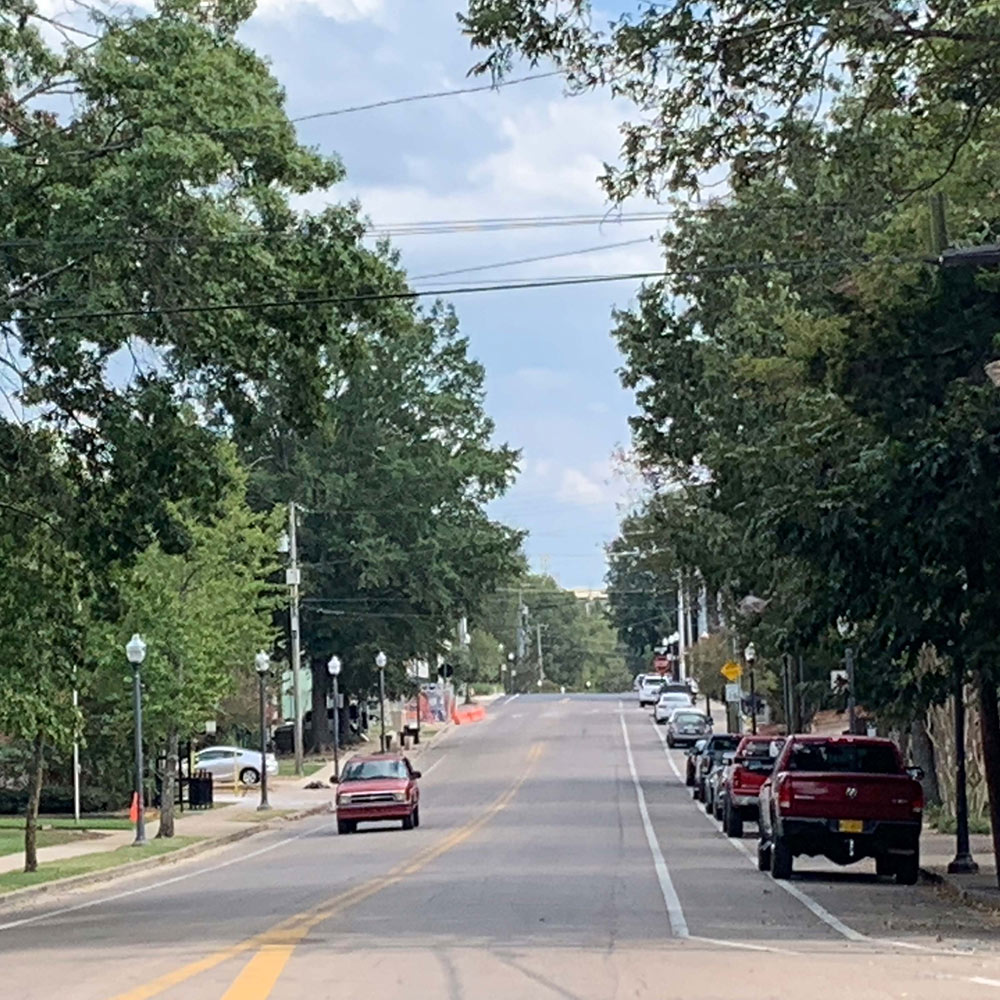 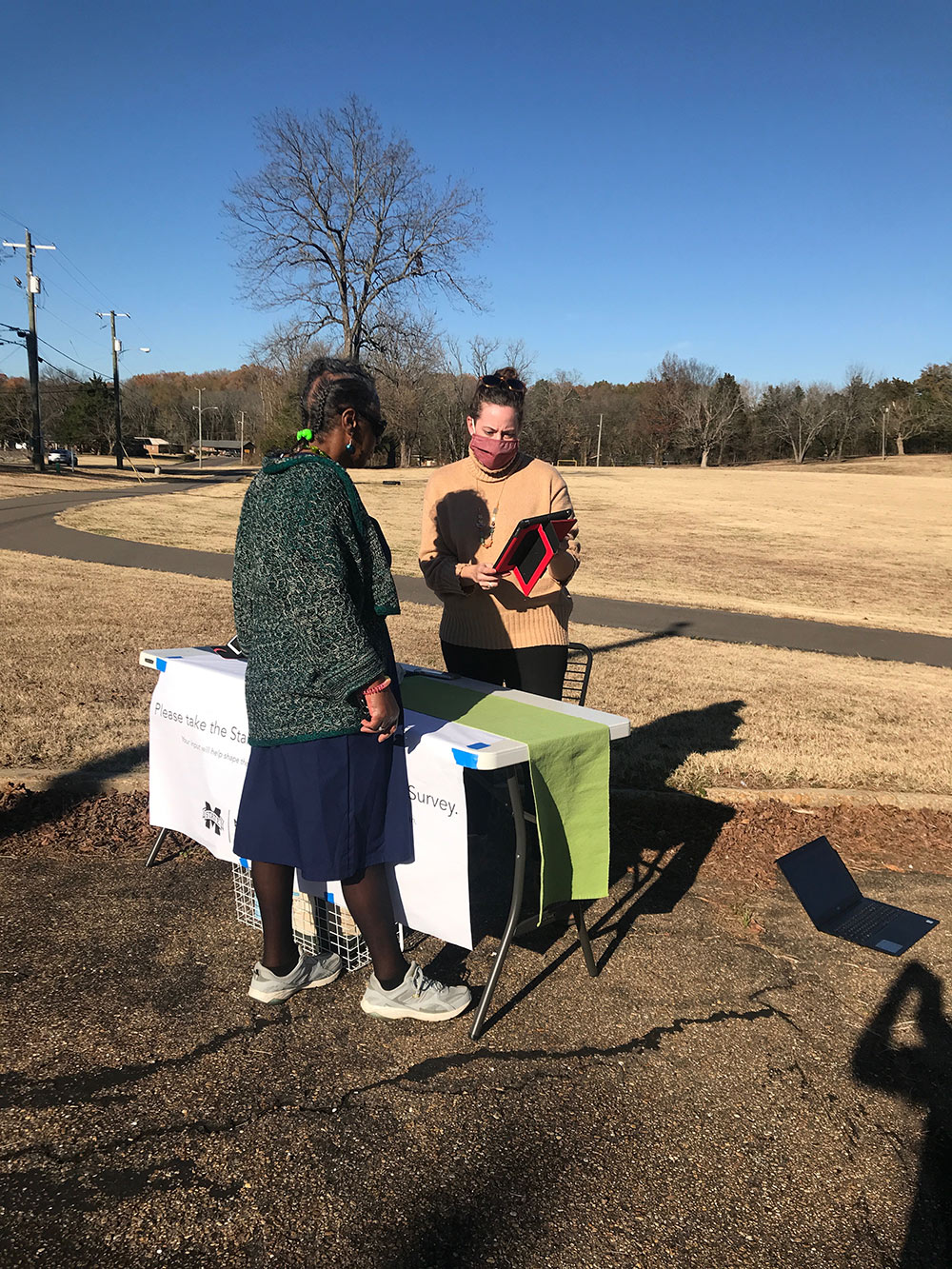 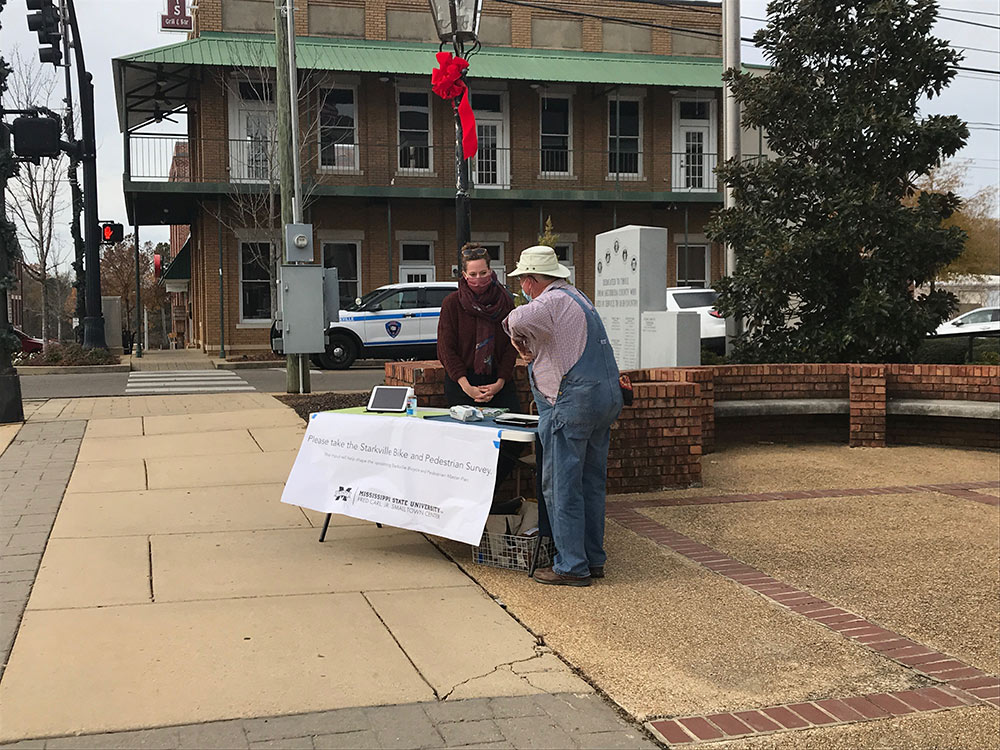 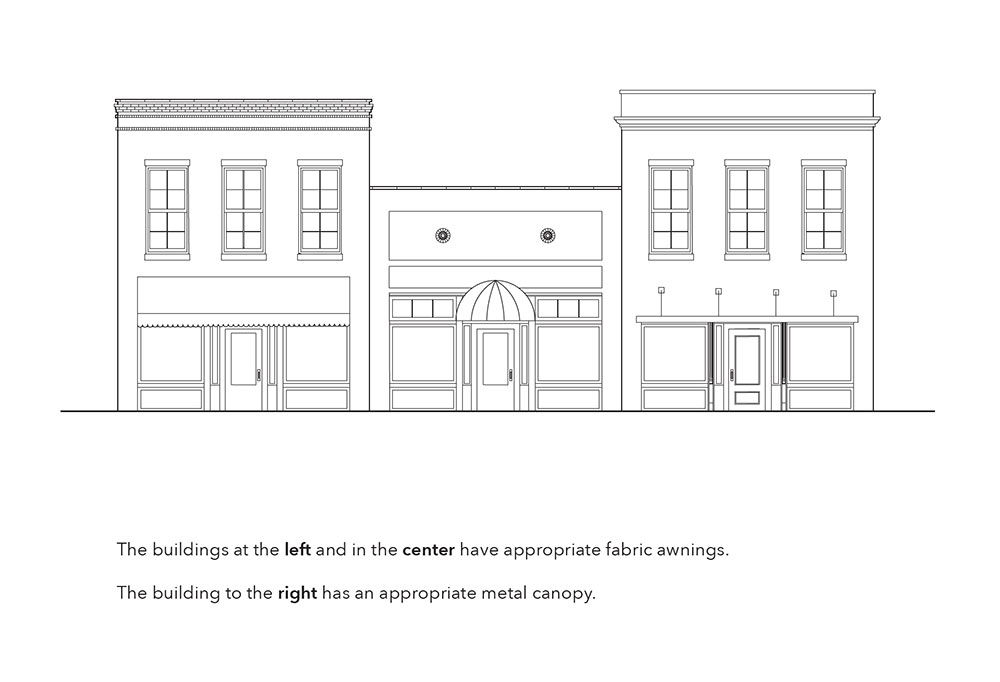 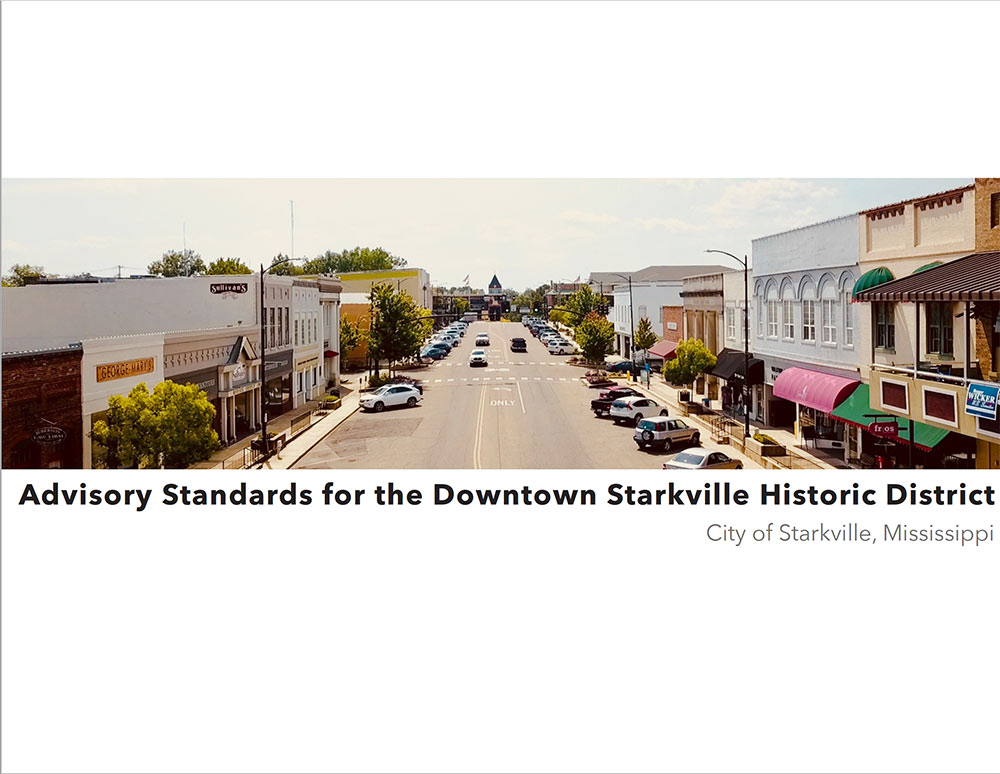 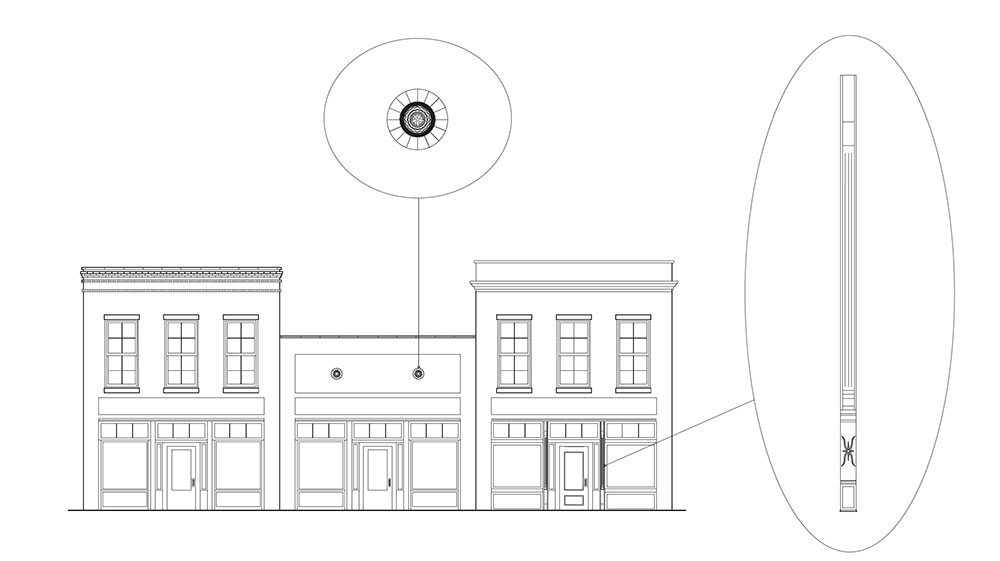 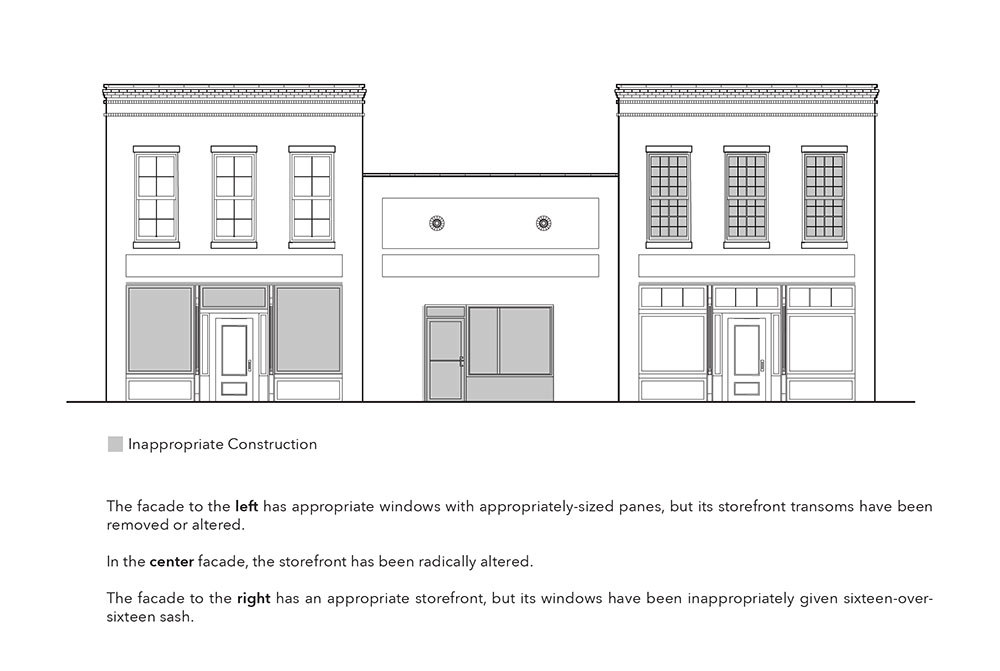 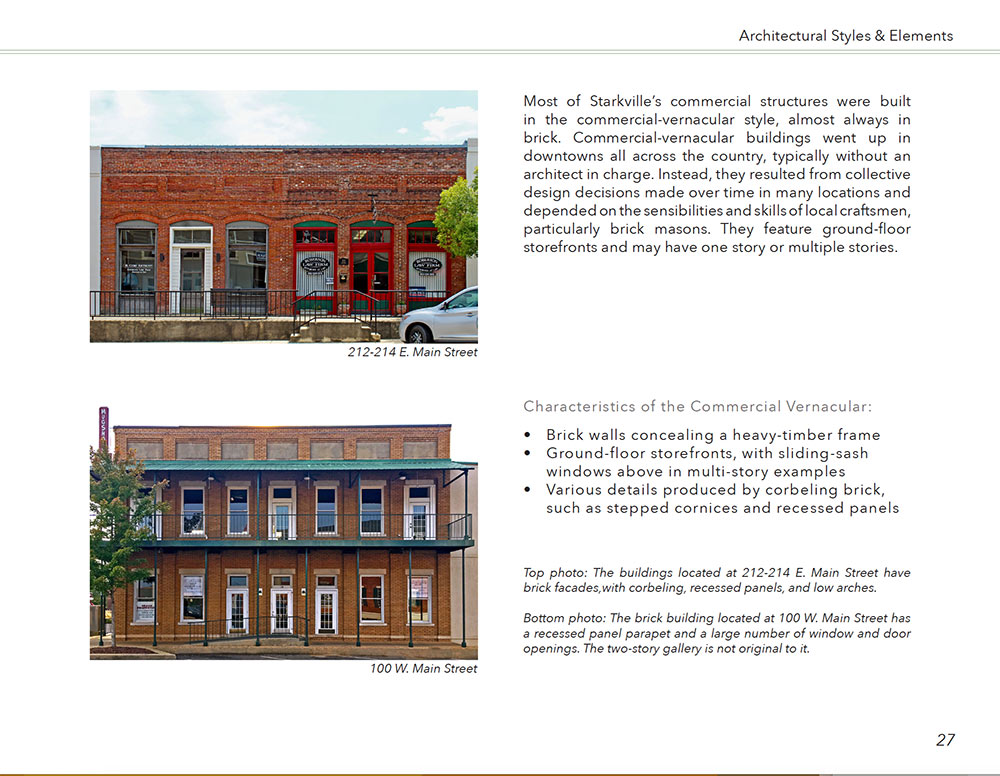 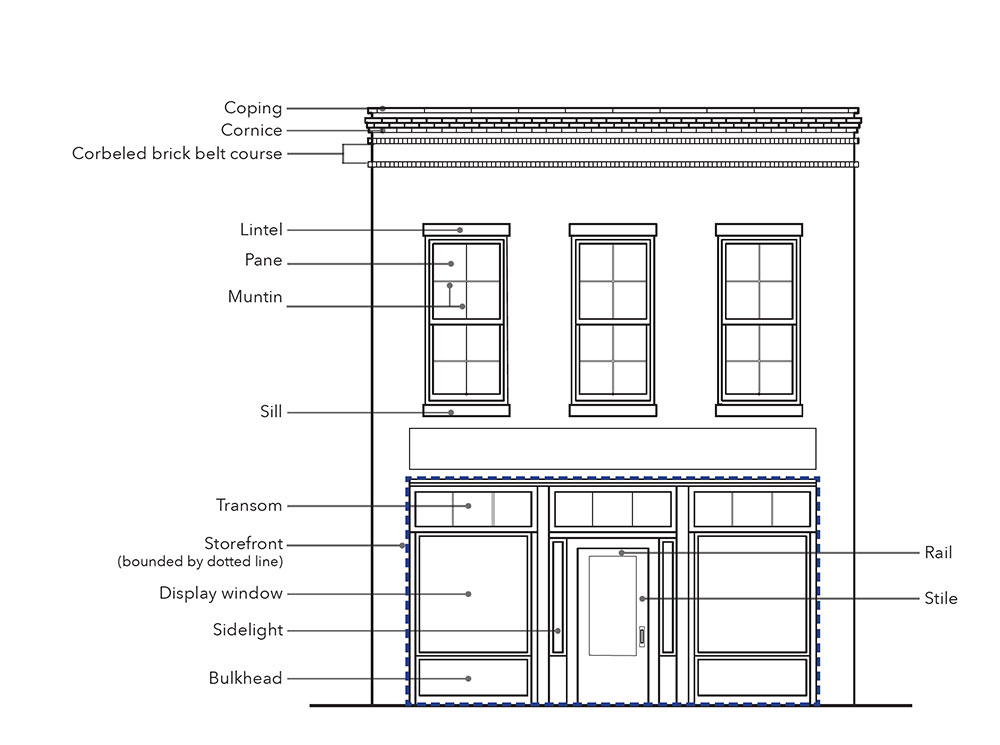 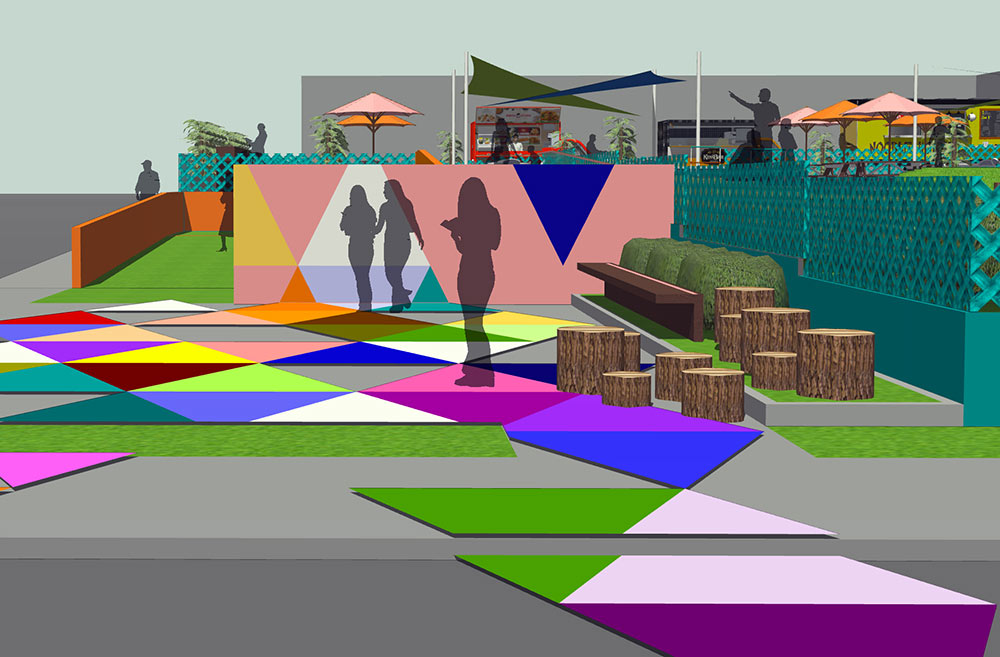 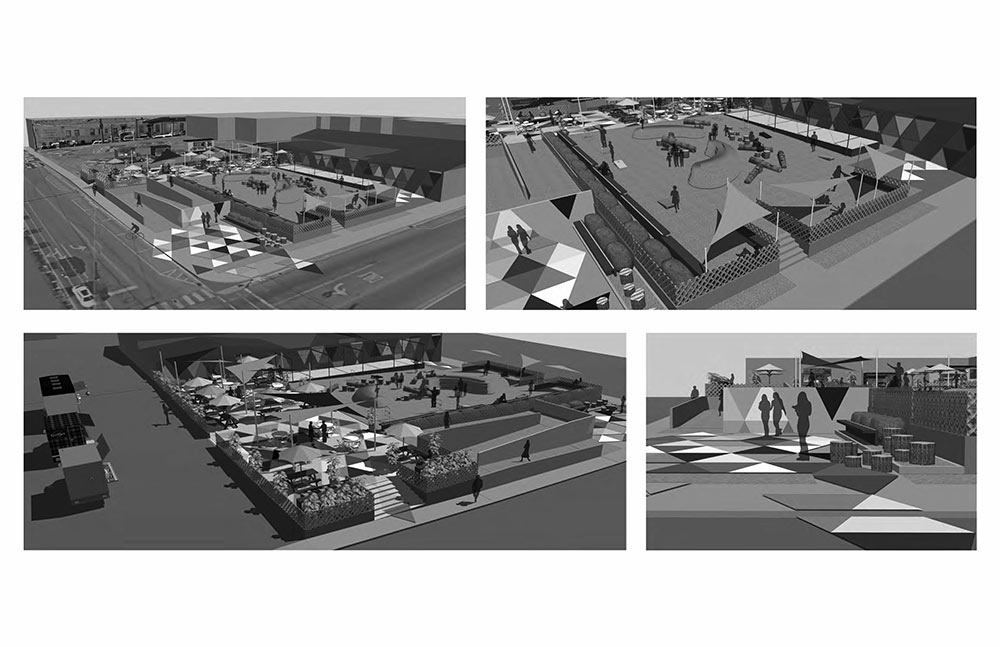 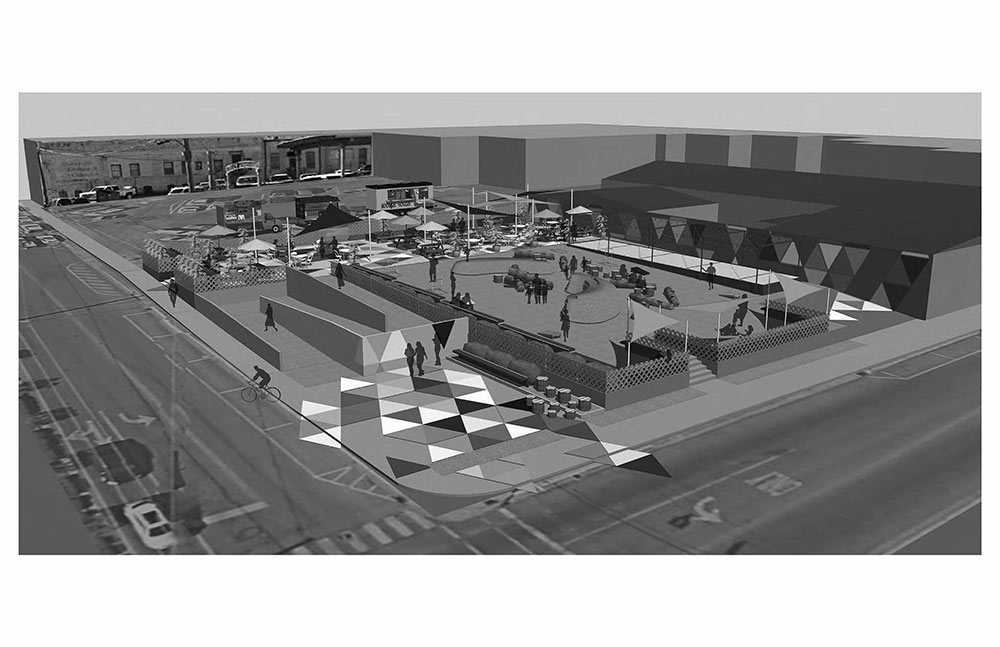 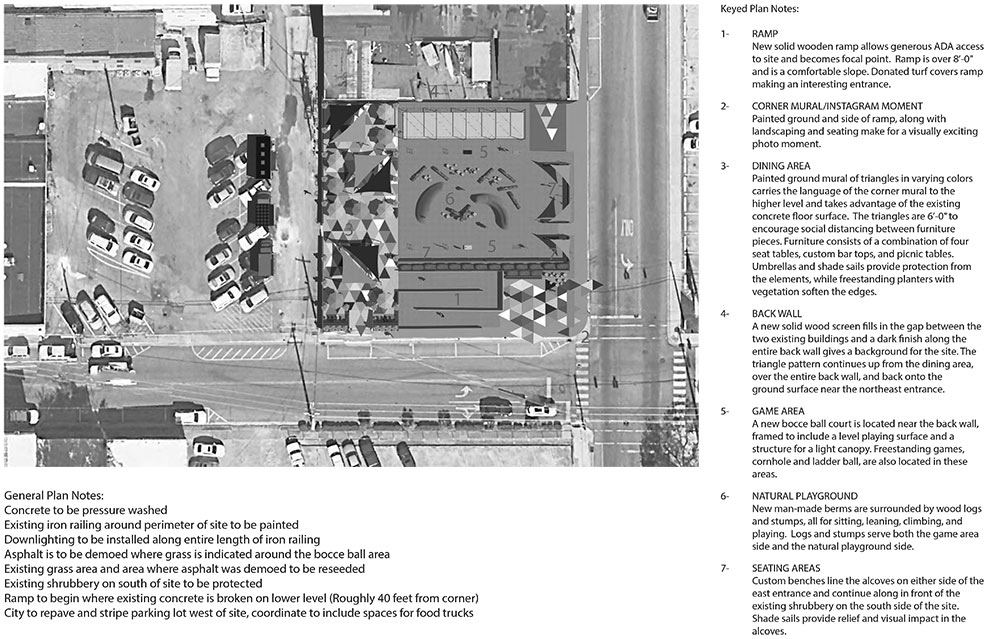 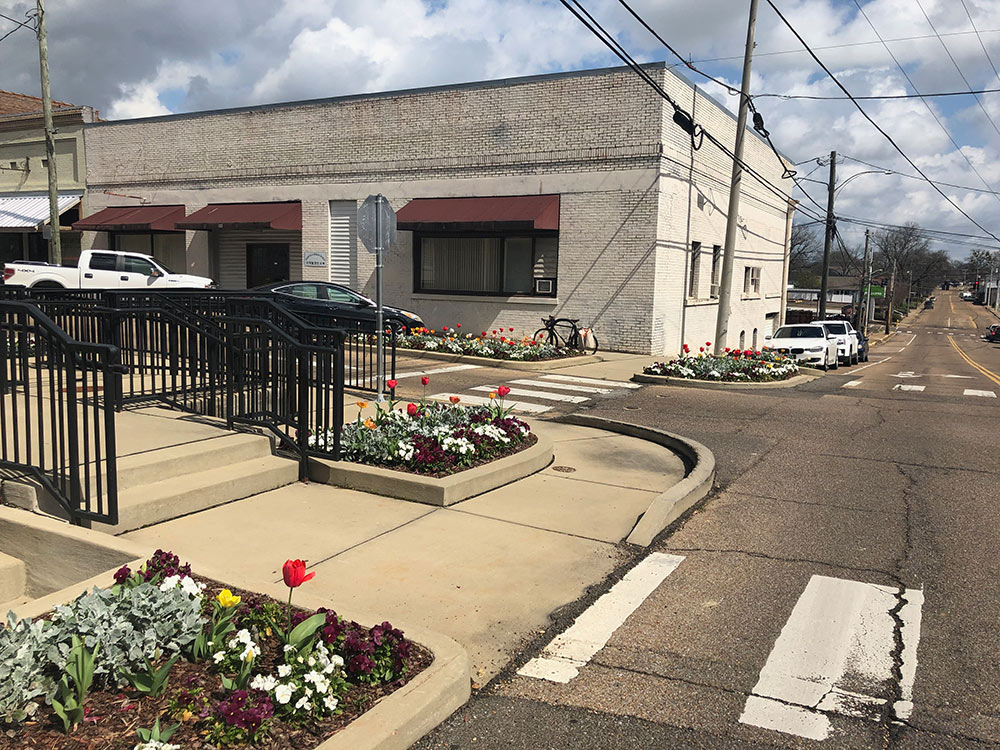 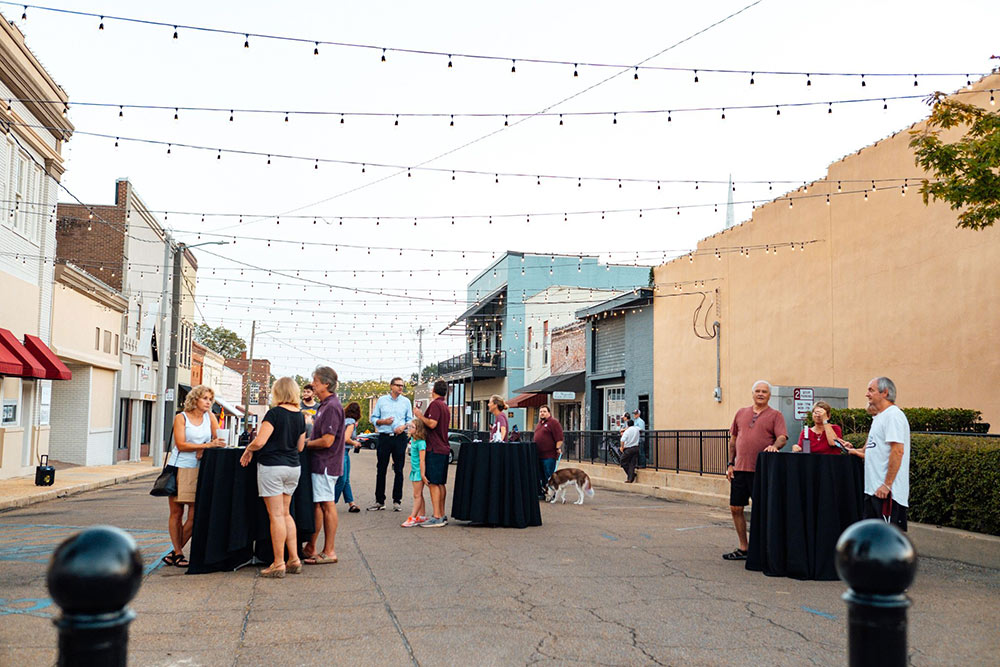 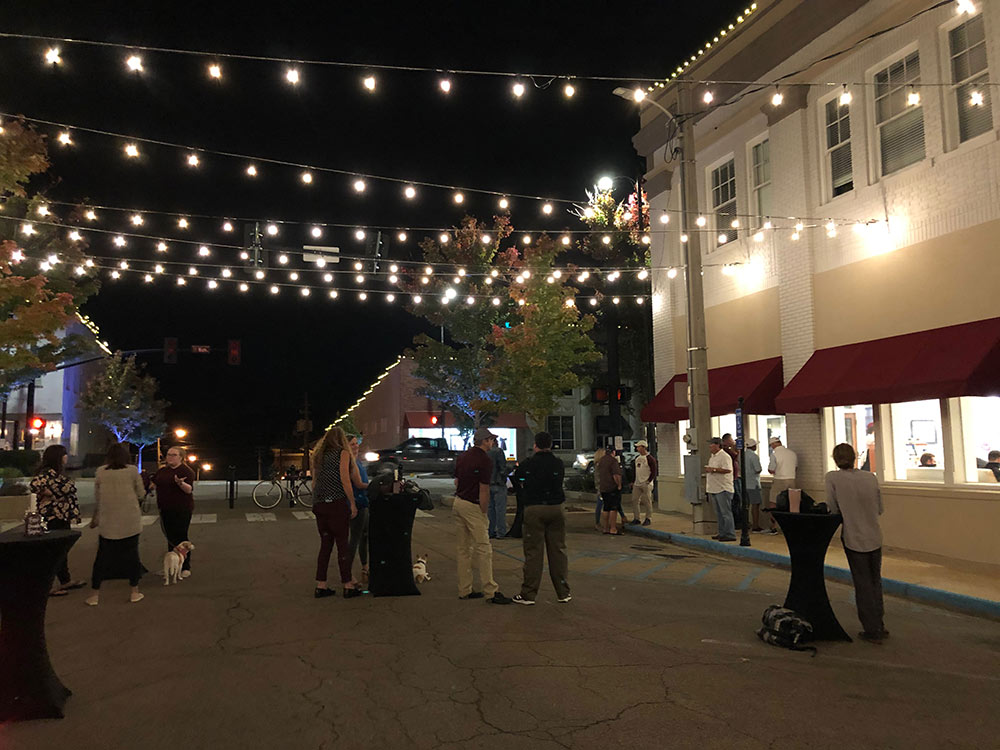 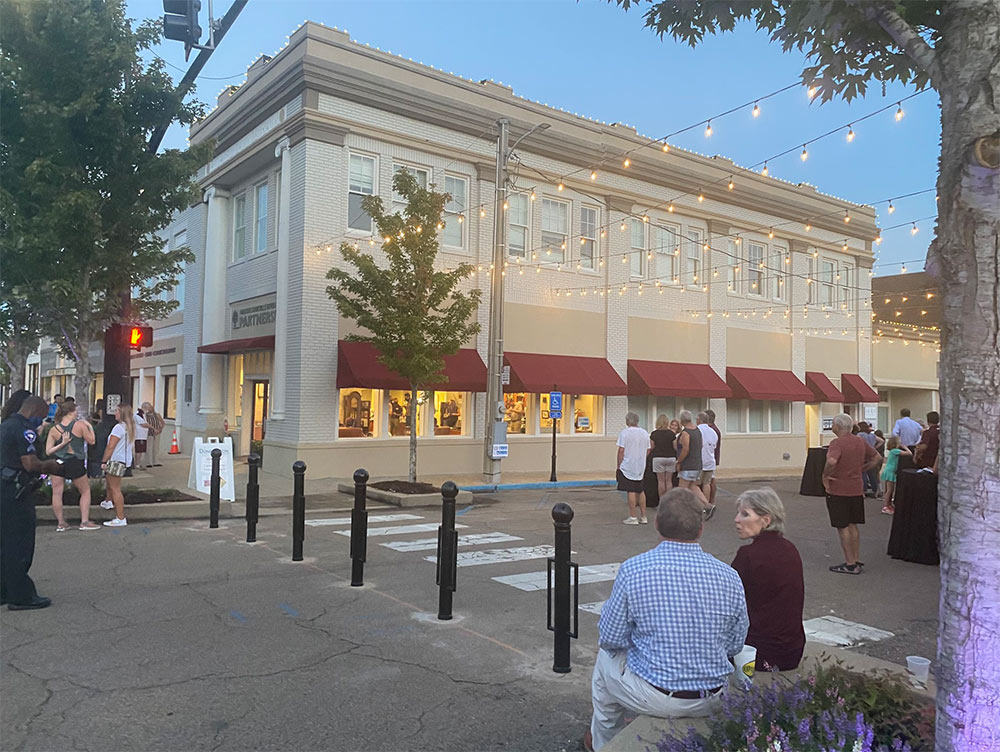 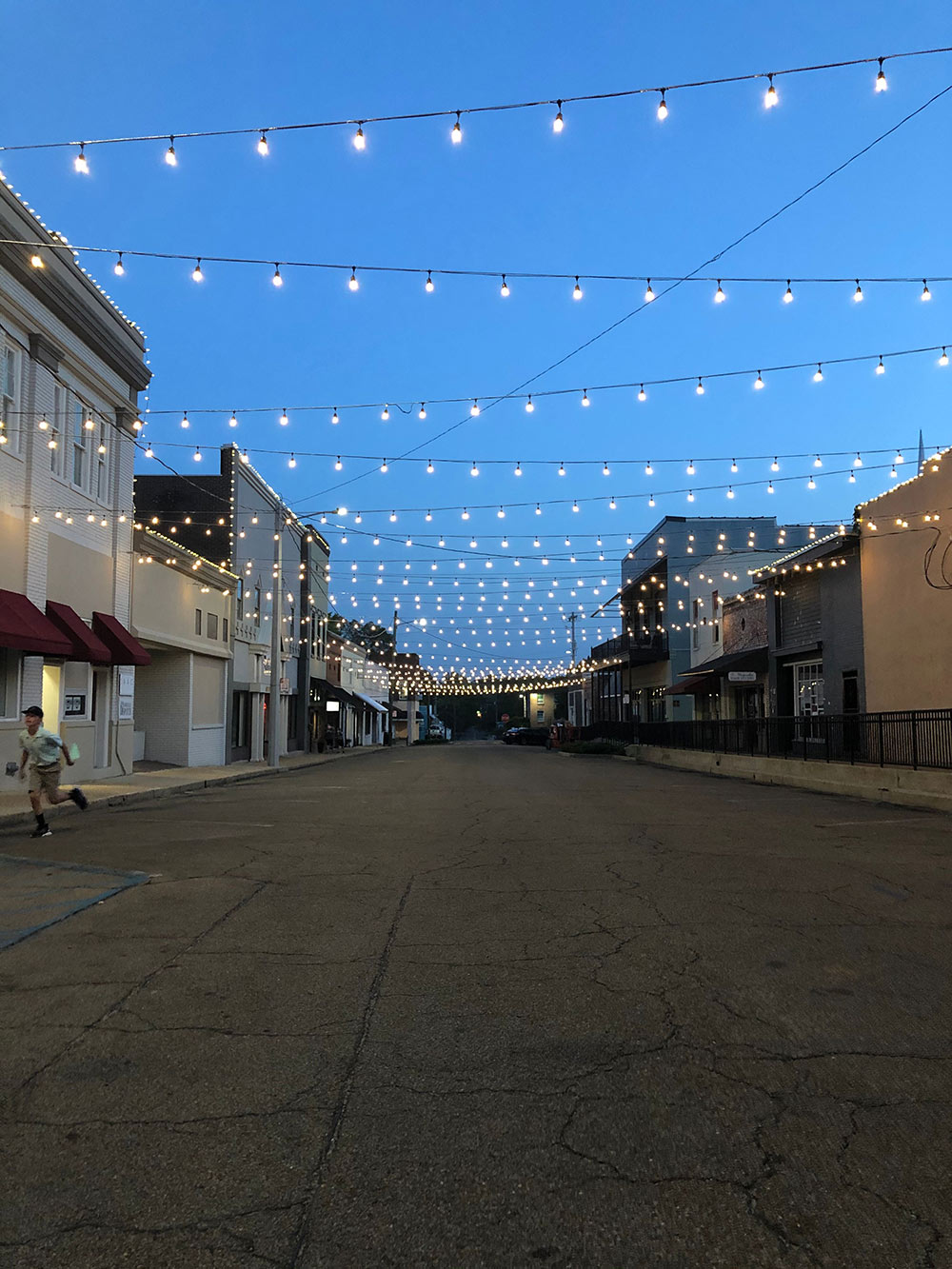 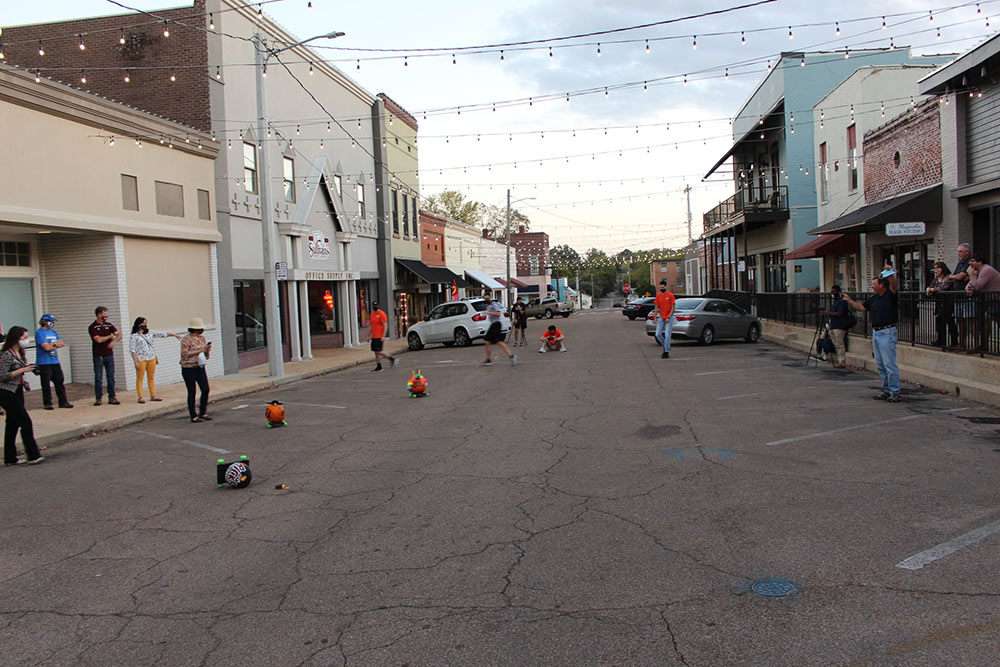 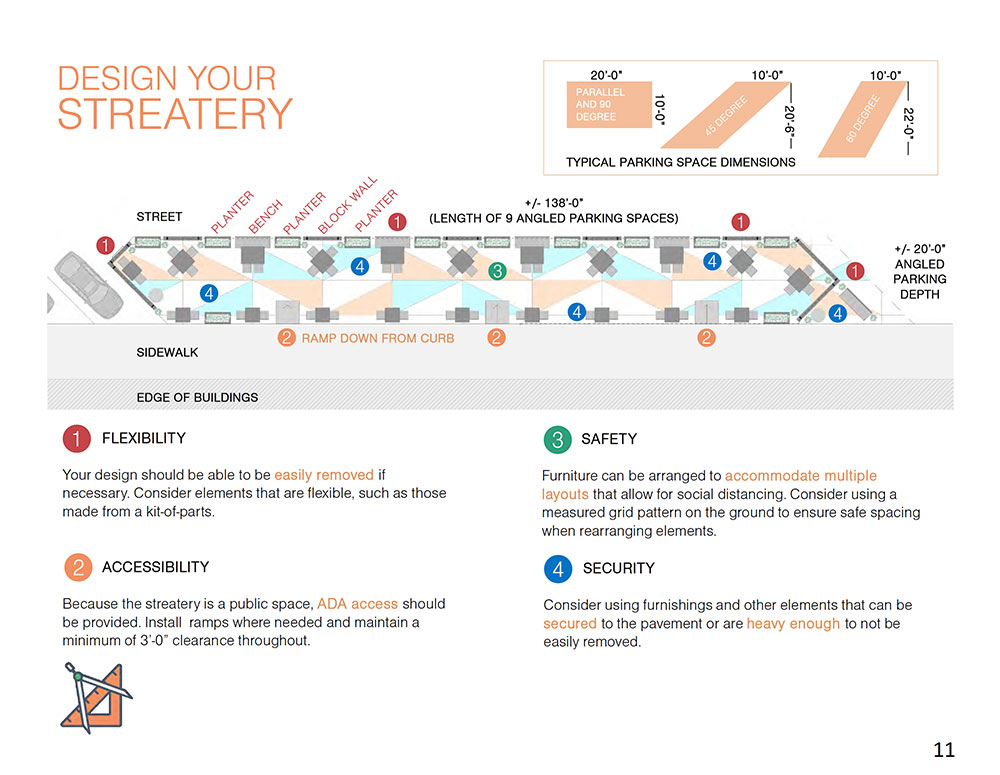 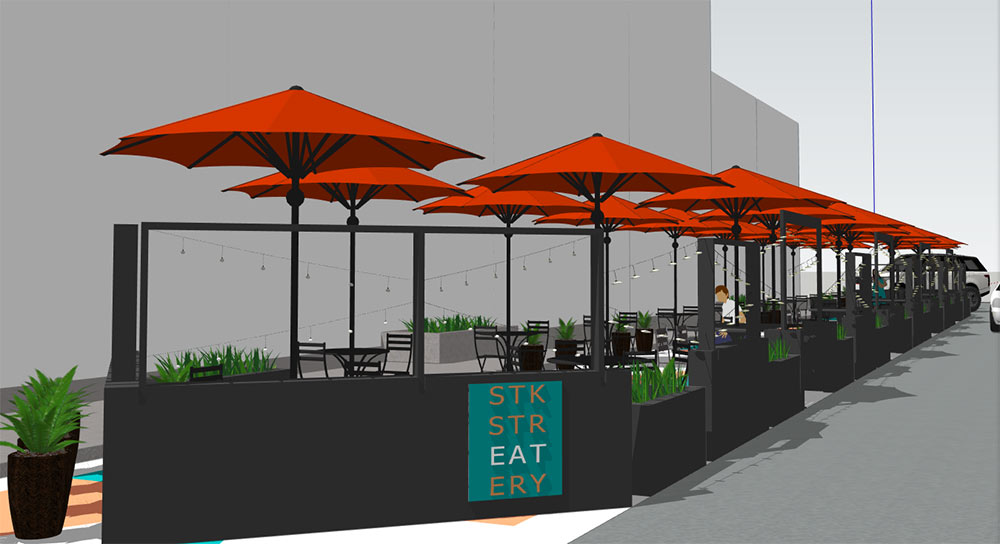 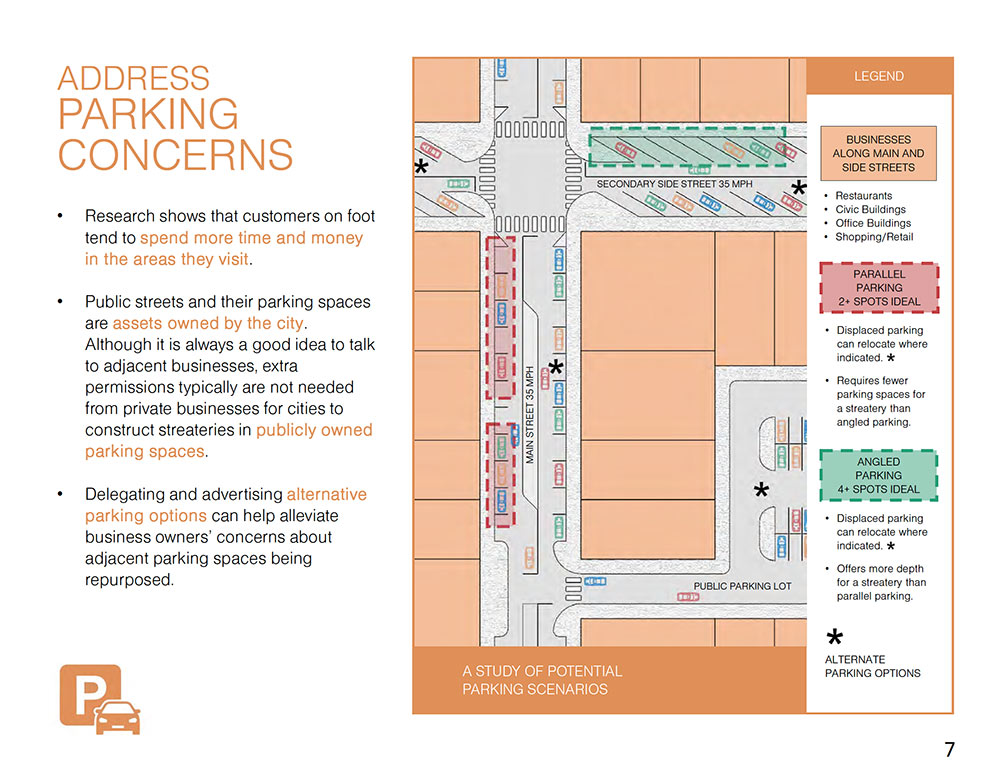 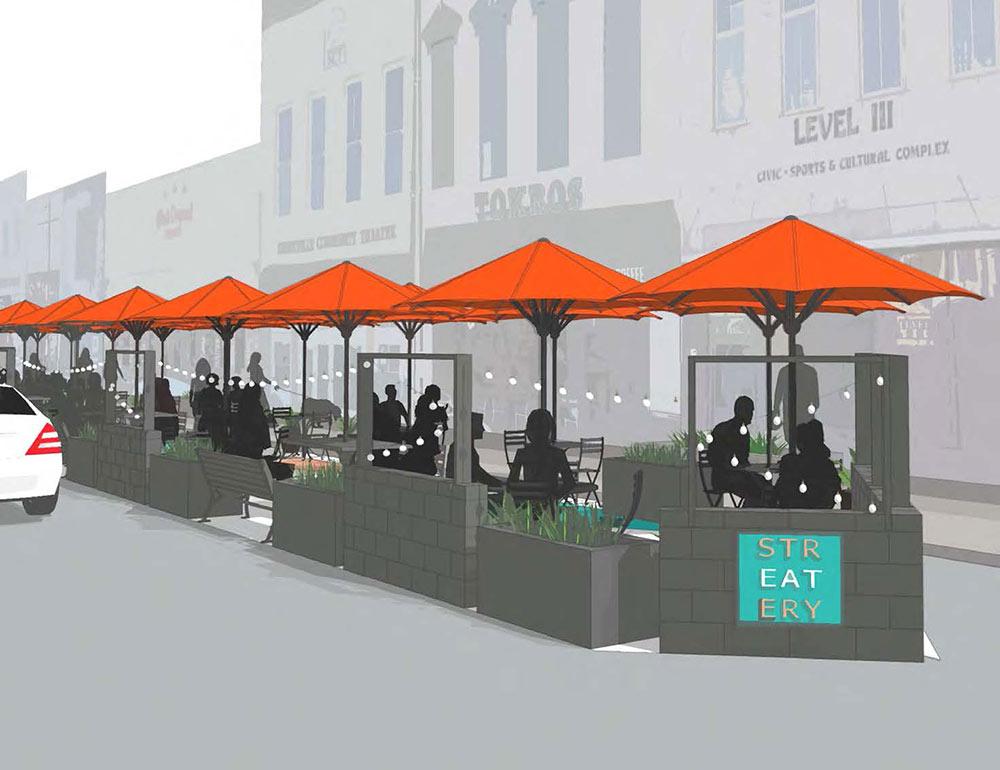 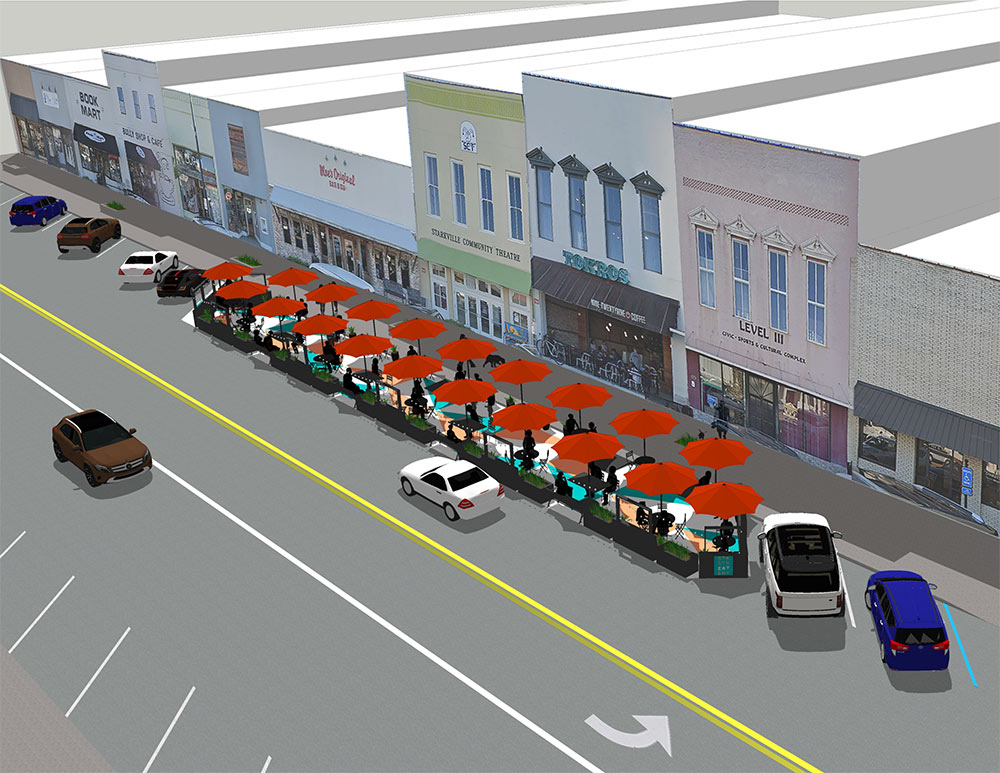